It takes a village to raise a child and it takes a community to really give life to an independent film. Last week at the Topanga Film Festival, the community behind our film grew by leaps and bounds. In its 10th year, the Topanga Film Festival is a local festival with an artistic soul and warm heart. Run by the Topanga Film Institute it curates an incredible program of films that are courageous, educational, innovative, and action-invoking. It also has the unique artistic community of Topanga Canyon supporting it, and we felt we belonged the minute we arrived.

The festival began with an Opening Night Gala at Will Geer’s Theatricum Botanicum,  which featured great food, great drinks and a showcase of fun and thought provoking shorts. Kicking off the festivities was none other than the talented dancers of Jagged. The ladies opened the festival with a 18 minute live performance of four pieces. Even four years later, we still get chills seeing them perform live.

Thanks to Jagged’s performance, we had an incredible turnout for our Friday night screening at the festival’s main venue Froggy’s. A packed house watched the film and stayed for a lively Q&A. You know you’ve made an engaging film when everyone asks more questions of Jessica then us!  Afterwards, we stayed for the Dance Showcase, where Jagged again performed to a rapt audience.

With our screening out of the way, we were able to sit back and enjoy the stellar program of films and get to know the filmmakers behind them. We had a great time sitting on a panel with fellow documentary filmmakers Kate Logan (Kidnapped for Christ), Michael Matheson Miller and Mark R. Weber (Poverty Inc), and Kerry Candaele (Following the Ninth). We really enjoyed seeing Jeremy Workman’s Magical Universe, a poignant portrait of eccentric artist Al Carbee. It was revitalizing to be surrounded by other successful filmmakers, many of whom have distribution and were on the tail-end of their festival runs. We loved the advice and reminder to keep our heads up!

Thanks so much to everyone for welcoming us into the Topanga community, especially Cari Ann Shim Sham and Topanga Film Institute founders Urs Baur and Sara Baur-Harding. We are happy to now be coyotes for life.

Matt with his official TFF gear. 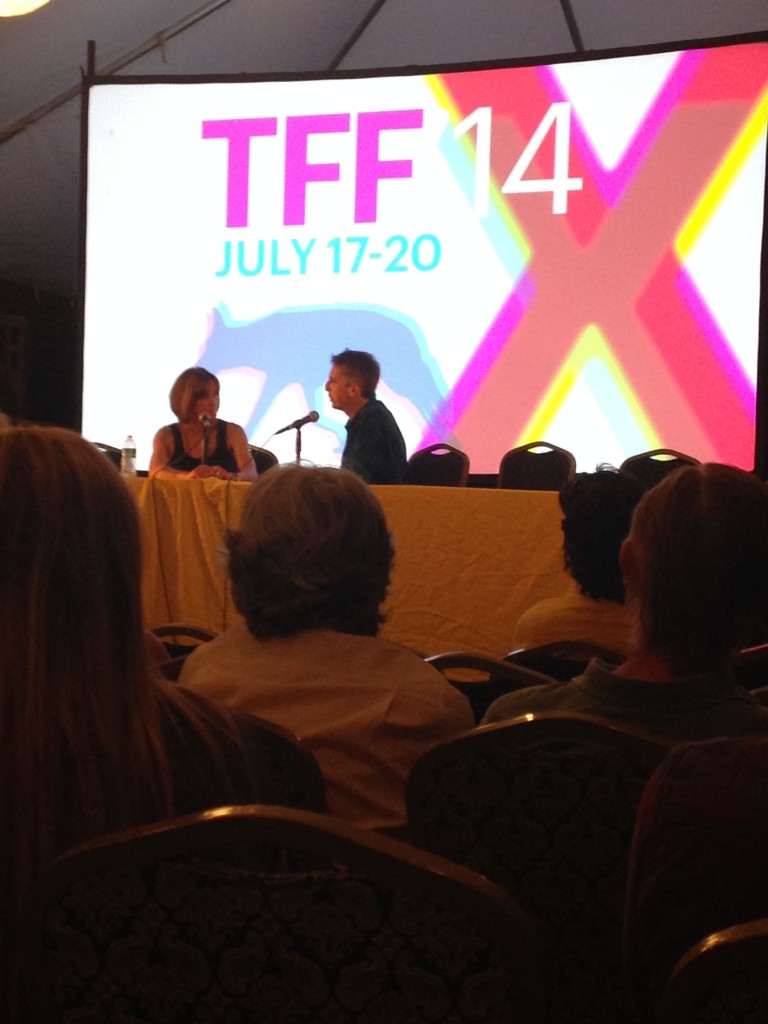 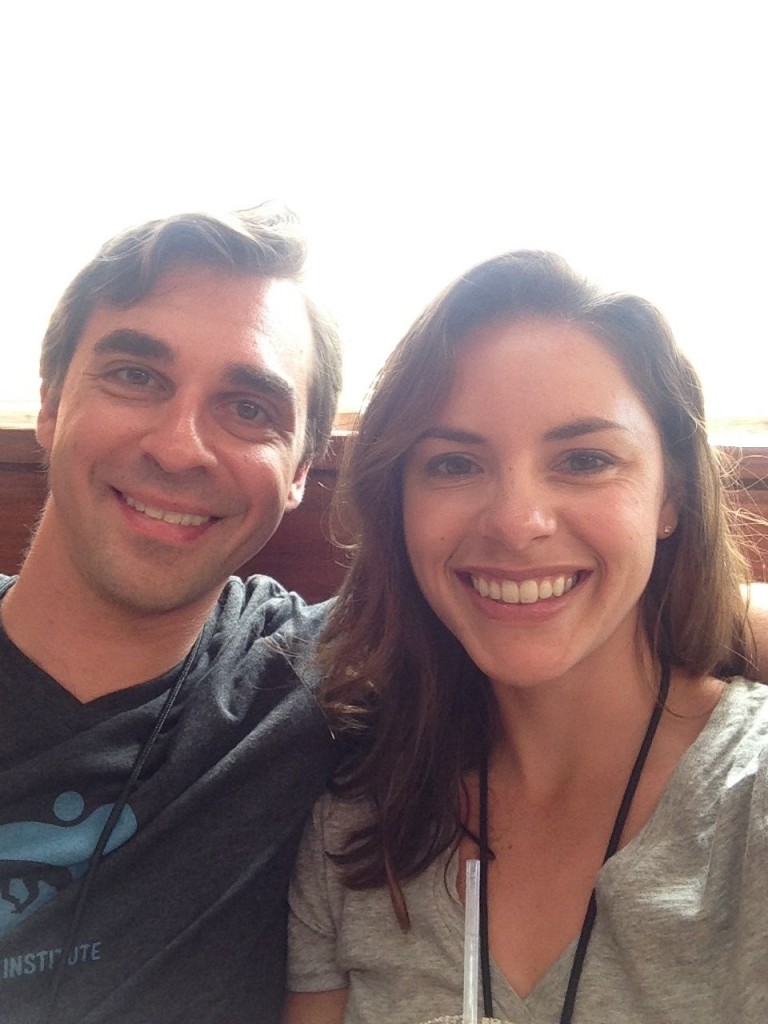 Enjoying a leisurely Sunday morning at the fest. 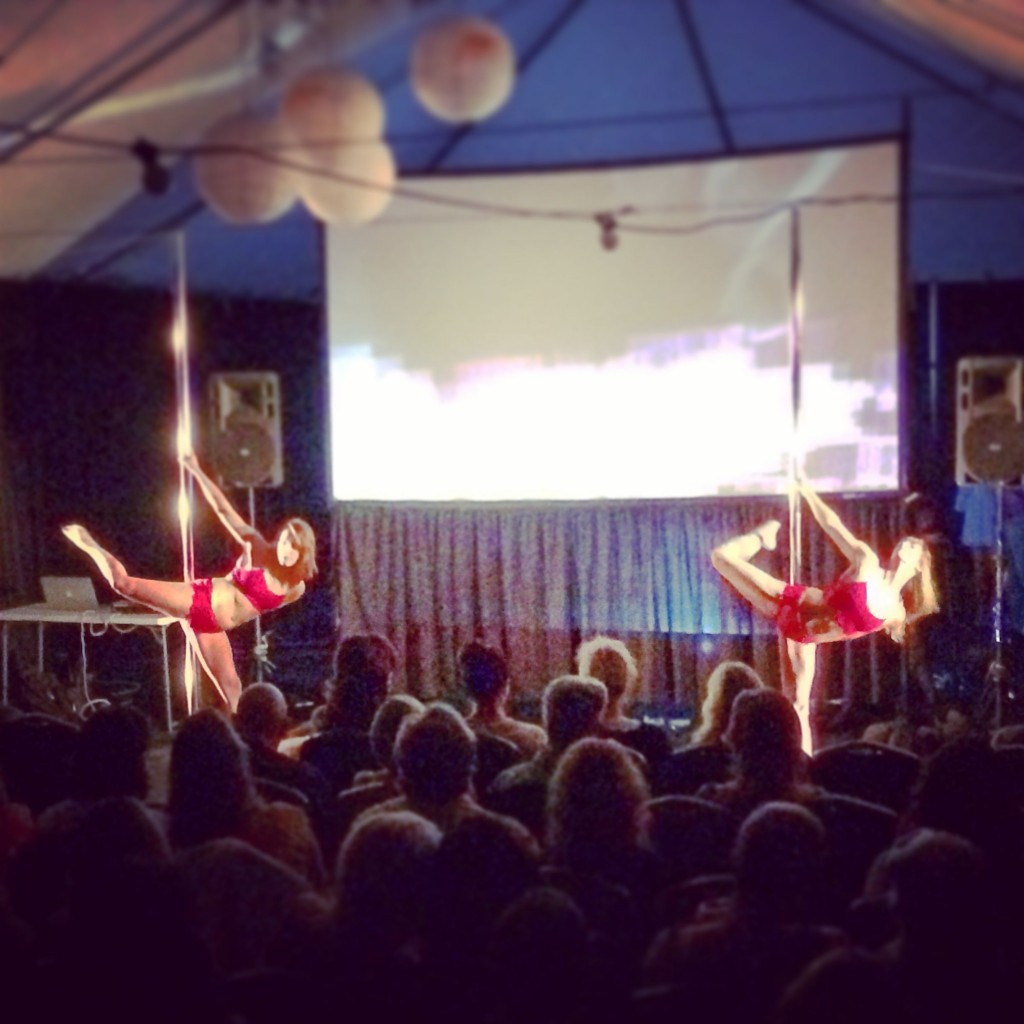 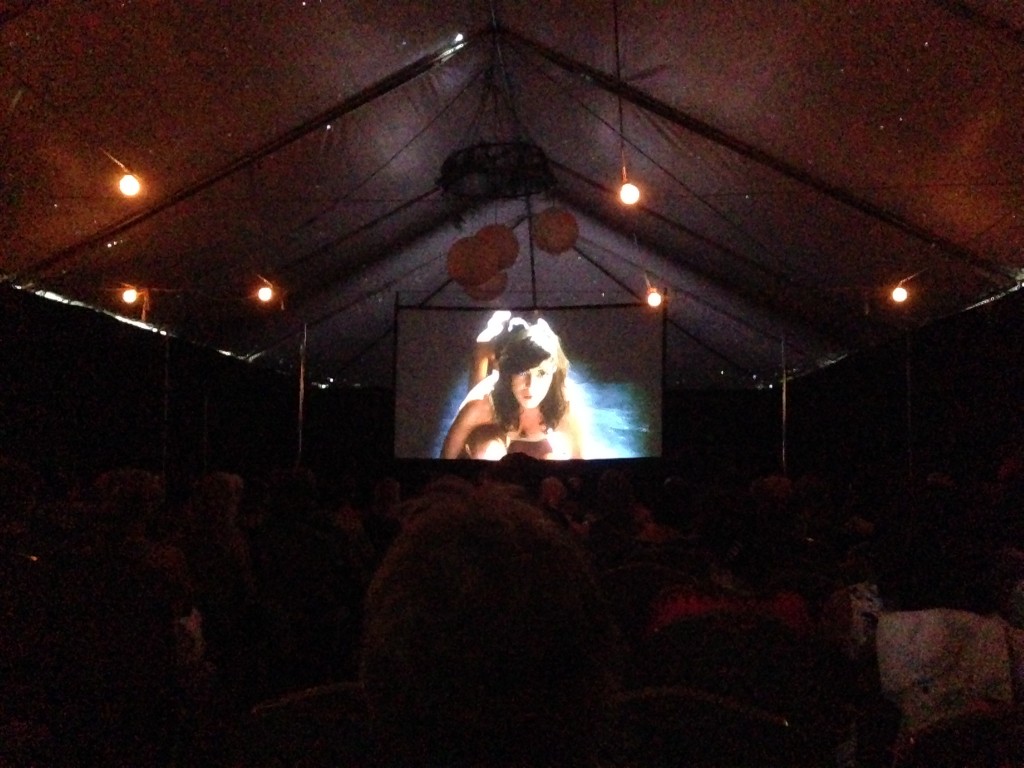 The movie playing in front of a packed house (tent!)